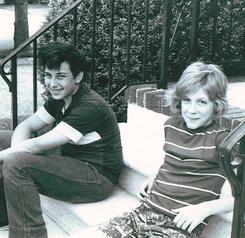 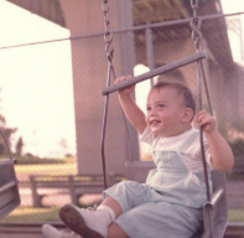 Sanford Lawrence was born in 1960, the same year Elvis released his hit single, It's Now or Never. He's been a fan ever since.

The son of two teachers, Sandy spent his childhood in Whitestone, Queens, where he expanded his musical tastes to include The Beatles, The Beach Boys and so much more. Of course, life was more than the songs he adored and the sports he loved, and he has chronicled his most vivid and intriguing memories of those years in his nostalgic memoir, The Whitestone Bridge.

Sandy studied accounting at Queens College and went on to become a licensed CPA. Early in his career he worked in real estate, and then went on to become the longest serving CFO for a major nonprofit organization. Fast forward to today, and he is now the President/Owner of an accounting and tax practice in Pompano Beach, Florida.

Sandy married the love of his life, Jane, in 1988. They live happily on Long Island (he commutes monthly to Florida) with two children and their Labrador Retriever. In his spare time he still loves listening to rock & roll.

The Whitestone Bridge is his first book, and is available in paperback and e-book from Amazon.com. He loves to hear from readers, so please drop him a line at sandynycfo@aol.com.